Since January 2016, I have been working for Silexica, a startup company providing tools supporting SW development for embedded multi-core systems. The old office in Aachen got to small for the growing team, so we moved to a new office in Cologne Ehrenfeld at begin of November 2016. Because some of my colleagues knew about BlinkenArea and some of the projects, the idea to create a LED screen for the new office came up.

Over the last weekends, we designed an LED screen system based on commercial LED strips with addressable WS2812B LEDs and started building a first prototype. The system is highly modular and uses multi-stage data distribution via Ethernet, distributor modules, serial links and galvanic isolation. This concept has already been used for TROIA and bluebox. The distributor module is based on Texas Instrument’s BeagleBone Black, making use of the Programmable Real Time Units (PRUs) to produce data signals for up to 32 strips of up to 298 WS2812B LEDs. The number of distributor modules is only limited by the processing power of the PC and Ethernet data rate.

Here are some photos of the prototype in my living room. They show 4 of 10 planned panels with 8×12 pixels each:

On Thursday and Friday, Silexica organized the first “Strategy Days”, during which the future of the company was planned and discussed with all employees. Besides the official program, the organizers asked for “Fun Talks”, so we submitted a talk about BlinkenArea and the LED screen plus a demo of the LED screen prototype in the new office.

More pictures and videos were taken during the house warming party of the new office on Friday evening. I will post some of those when I have received them.

Unfortunately, the circuit boards in the TicTacLights Colour kits sold during 32C3 are missing all of the traces on one of the inner layers. Needless to say, this means the kits won’t work at all with these circuit boards. If you bought a kit during 32C3, please contact me at arne@blinkenarea.org so I can send you a replacement.

The monochrome orange TicTacLight kits are not affected.

Some more photos from the Chaos Communication Camp 2015 are available at http://arne.blinkenarea.org/cccamp2015/gallery.htm 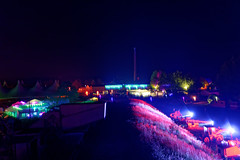 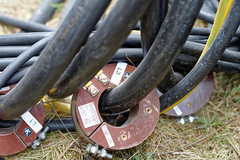 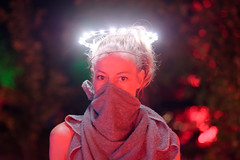 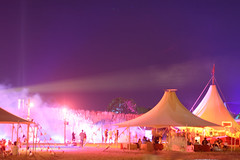 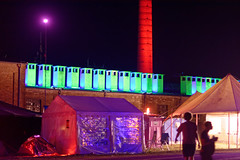 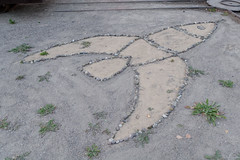 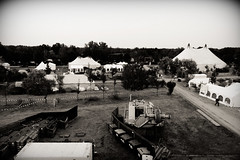 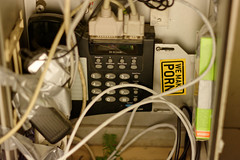 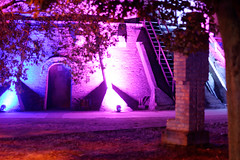 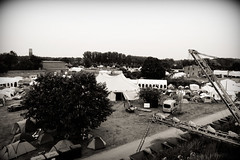 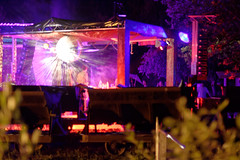 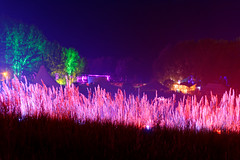 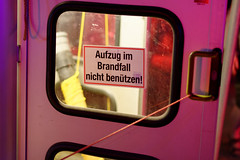 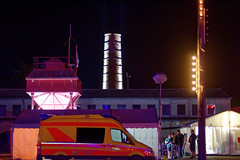 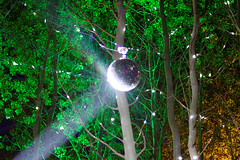 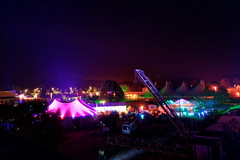 Within the next minutes electricity will be turned off on the camp and unfortunately the OHM2013 will be over.

Day 5 has no program anymore, so it’s the departure day.

It was great to be on the camp! We had wounderful camping weather and it was a cool camping area! The best thing about such camps is always the different people from all over the world with their inspiring ideas, projects and experiences they share with each other.

OK, there are a few bad things to tell… unfortunately not all people were as friendly as everyone always used to be on these kinds of events. One night we had no internet anymore due do somebody who has capped the cable. But it got fixed quickly. We hope that these few incidents on this camp were only exceptions and in future we will be able to enjoy our events without such annoying things.

So we keep the good parts in mind and say goodbye to the camp with some pictures from last night.

Kimiko Ishizaka played Bach and Chopin on a piano for hundreds of nerds. We enjoyed listenig to her. It was a great performance. With this performance she announced her upcoming concert tour which is dedicated to promoting the creation of more public domain scores and recordings.

Now I’ll prove you that the bulb is really multicoloured:

Some impressions of the OHM2013 from the BlinkenAreas’ point of view.

Hope you enjoyed the few impressions of the camp.

Here is the result what we announced in our teaser recently. The big bulb now decorates our BlinkenArea tent. During daylight you can’t see too much, but I swear it’s mutli coloured! 🙂

Today I discovered another guy who does some very nice experiments with LEDs on fabrics. It’s Robert from partfusion.

Here are some of his projects:

He also uses conductive thread like I did for my BlinkenBag. He found a better solution for the eyelets that need to be fixed on each side of the LEDs to wrap the thread around it and fix the LED on the fabric. He used kind of jewelry pearls. He had the same problems that I experienced with conductive thread: high resistance, bad conductiveness at the mounting points. Robert fixed the knots with transparent nail polish! Also a really good idea. I used hot glue to prevent the knots from opening up.

Nice guy and nice work! We aready met him on previous events. Besides the fabric experiments he also develops LED displays by using similar technic like we do. Always a pleasure to chat with Robert and swap ideas on LED projects.